Having successfully gotten through my hernia operation and recovery period, which meant I didn't run for most of August, I regained enough fitness in September to win my age group at the Nagareyama 10K On October 6th. There were 4,000 total runners in the race, 197 men in the age group — good turnout of 70-year-olds.
The time was ok but not great — 43:32. As I said when people asked if I ran a good time: good enough.
I'm sure I can run faster than that, although the days of sub-40 are gone, I've come to realize.
The weather was a coolish 22C, but it was quite humid, in fact, it rained a bit during the race. That may have affected me the last few k — I planned to pick up the last 3k, but that didn't happen, although the last one was faster. Average was 4:21/k.

Next race is the Toda Half on Nov. 17th. I'm a bit apprehensive — running a good half is a lot harder than running a good 10k, and I haven't been doing much distance. Well, we'll see what happens. 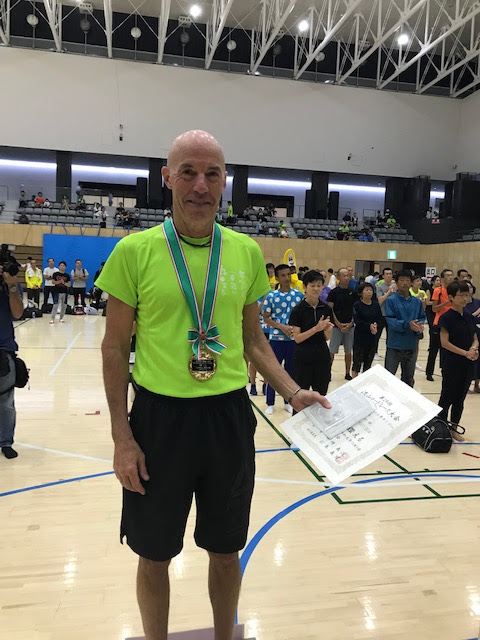